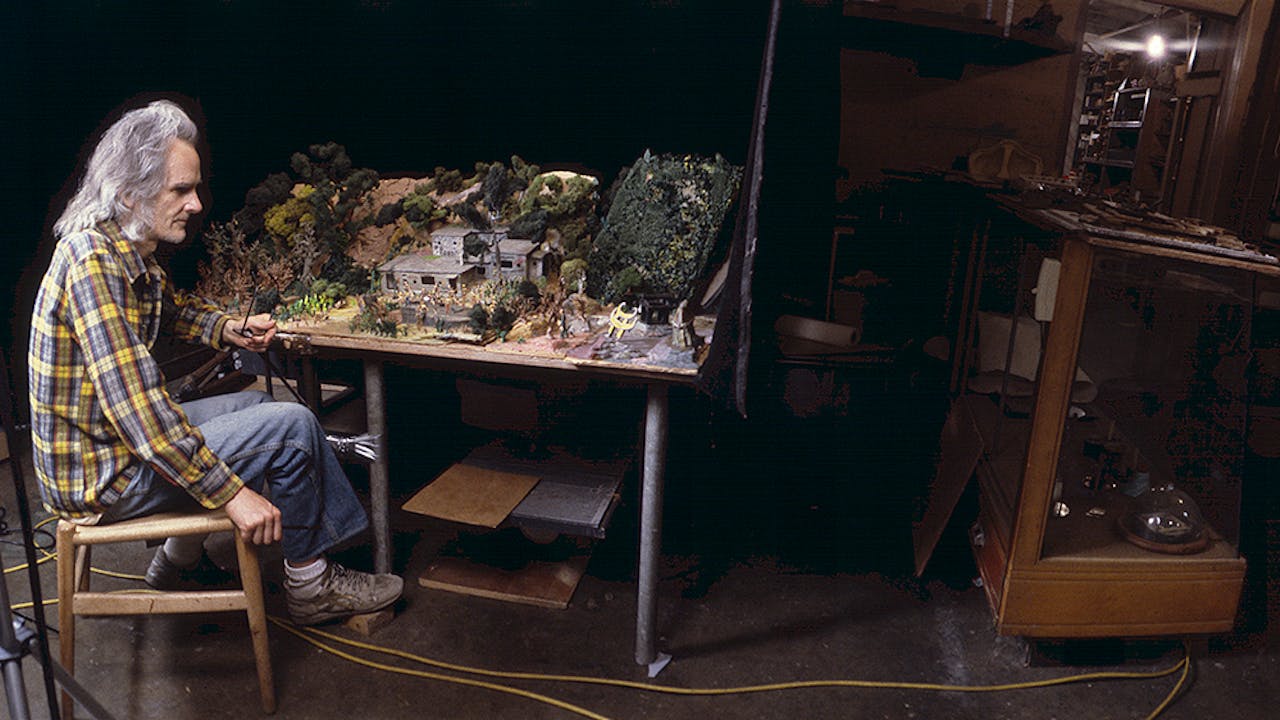 Monster Road is a documentary feature exploring the wildly fantastic worlds of legendary animator Bruce Bickford. Tracing the origins of Bickford’s iconoclastic worldview, the film journeys back to his childhood in a competitive household during the paranoia of the Cold War, and examines Bickford's relationship with his ailing father, George.

Bruce is the sole caretaker of his father George, a retired aerospace engineer of the Cold War era who faces the tragic onset of Alzheimer’s disease. George’s talents for maximizing the use of space within missiles are mirrored by his son’s microcosmic animations, often featuring dozens of matchstick-sized figures fighting battles on a set the size of a dinner plate.

Struggling to pierce the fog of his painful memories, George considers the suffering of a life spent disengaged from his family and centered on the imperfections in those around him. His wondrous musings on the mysteries of the universe reflect a deep admiration for the implicit architect of such splendor while atheism prevents him from admitting the possibility of a God.

As the self-appointed god of a plasticine clay universe, Bruce's concerns are less cosmic and introspective than earthly: filmmaking as an alternative to war, health secrets of a 225-year-old Chinese man, and what Bill Gates should really be doing with his billions.

While the Bickfords lived a normal suburban life by all outward appearances, the brutality of Bruce’s obsessive childhood drawings and subsequent animations hints at a darker underbelly. Questions are raised for which there are no easy answers.

Monster Road premiered at the 2004 Slamdance Film Festival where it won the Grand Jury Prize for Best Documentary, and eventually screened at more than 150 film festivals, museums, and cinemas around the world, winning sixteen awards before premiering on Sundance Channel in 2005.

Copyright 2004: Brett Ingram
All Rights Reserved. Any unauthorized duplication or redistribution in any medium without express written consent by Brett Ingram is strictly prohibited.